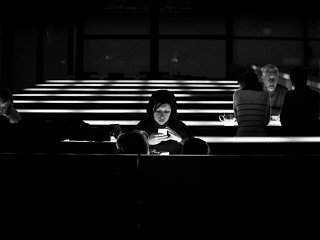 New product lines from most of the world’s largest smartphone carriers are the major draw of the Mobile World Congress which has just taken place in Barcelona. Nokia, Samsung and Sony all had surprises up their sleeves, and technology enthusiasts salivating, as they outlined the direction they will be taking in the next 12 months.

But who launched what, and which were the best received? Read the details below to find out what should be on your wish list:

The South Korean technology giant unveiled a hotly-anticipated update on their flagship phone the Galaxy S5. The new model, which will launch in 150 countries on April 11, was largely received well, with features including a fingerprint scanner for PayPal payments online, better camera, faster connectivity and a brighter screen among the points that got a collective thumbs up. On the downside, those hoping for a phone that stood out from the pack with cutting edge technology were disappointed this was a solid update on the Galaxy S4, but nothing spectacular. The company also announced a new Fit sports band, plus a Gear smartwatch, both designed to integrate with the new model.

Some of the most unexpected news came from Nokia, who announced three new Google Android phones, the X, the X+ and the XL. The three new models from the manufacturer previously noted for its Windows phones will function as hybrids able to run Android apps, but not linked to Google’s Play store, and are billed as budget. Instead, they will get apps from the Android Open Source project.  Ahead of the expected deal which will see the Finnish giant sold to Microsoft, the phones will also have tie-ins with various Microsoft services including Skype and OneDrive.

Sony announced updates to its Xperia smartphone and tablet range, the Xperia Z2 mobile and tablet. The Xperia Z1 was very popular, and initial reports suggest this is a better and stronger version, with the company itself claiming the updated smartphone has the world’s best mobile camera. Also featuring video which can capture in 4K resolution and noise-cancellation technology within the headphone jack, it launches next month (MARCH).

As for the best of the rest, debuted the G2 Mini, featuring a larger screen and bigger battery than previous models, and Chinese firm Huawei returning to the tablet market with two models, the MediaPad M1 and the MediaPad X1, billed as making 4G affordable.