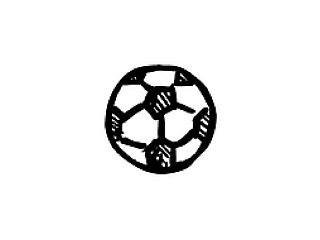 The World Cup 2014 has been the most mobile one yet, as a record number of football fans followed all of the action on and off the field with smart devices.

The rapid take-up of smartphones and tables, combined with the growing availability of 4G mobile and Wi-Fi hotspots, meant it was easier than ever to follow games without having to be in front of a television.

Smartphone use more than doubled since the last World Cup in 2010 in South Africa, from 30 per cent to 62 per cent, giving more people than ever before the chance to keep in touch on a mobile device and leading Ofcom to dub this year’s event the most mobile yet.

Brazil 2014 was also expected to be the first World Cup that saw a significant use of tablet computers to follow the action. In 2010, the first Apple iPad had only just been launched, whereas now 30 per cent of UK adults, nearly a third of the population, use tablets to go online.

With the World Cup 2014 being held in a time zone significantly different to ours, this new technology was vital in helping UK football fans to keep up-to-date on matches.

For games that kicked-off at 5pm, smartphones and tablets allowed fans to keep an eye on the score, tweet and even watch live on the commute home or while they finished up in the office. Football fans were also able to take their tablets to bed to watch the 11pm kick-offs if a night in the pub before an early start did not appeal.

Fans were also able to connect to the 34,000 public free-to-access Wi-Fi hotspots across the UK to follow the action, which is more than double the number available four years ago.

Of course, the explosion in social media allowed more fans to engage with the games and the squad than ever before.

FIFA announced that it had set up its first Instagram account to post photos for international football fans during the
World Cup. Ofcom’s research suggests this could boost engagement with younger people especially, as social networkers aged 16-24 are almost three times more likely to use Instagram than the average UK adult who social networks, with 31
per cent versus 12 per cent.