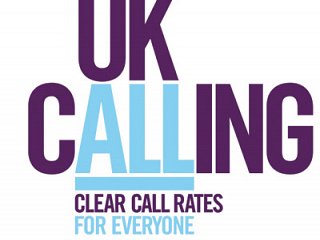 The biggest changes to calls in more than a decade will come into being later this year.

Calls to 0800 and 0808 numbers will become free from landlines and mobiles this summer, while clearer pricing for 08, 09 and 118 calls will also be put in place.

Landline and mobile phone companies are working with Ofcom on a six-month campaign, which launched this month (JAN) under the banner UK Calling, to explain the new changes to customers and consumers.

It is targeting landlines and mobile customers through paper and online bills, as well as text messages, customers magazines, social media updates and through adverts in high street stores. There will also be a prominent advertising campaign covering national newspapers, radio stations and online outlets.

Ofcom, the communications regulator, is co-ordinating the campaign, which is supported by the UK’s largest telephone providers BT, EE, O2, Sky, TalkTalk, Three, Virgin Media and Vodafone. KC, the major operator in Kingston upon Hull, is also involved in the campaign about the changes, which will apply to all consumer mobile and landline phones in the UK.

“For a long time there has been a lack of transparency in the cost of calling 08, 09 and 118 numbers. The existing rules are no longer serving the interests of consumers, or indeed phone companies. These changes will be very significant for UK telephone customers, and are designed to help build consumers’ confidence in using the full range of phone services. From next summer, service numbers will be advertised much more clearly, and phone bills will look a little different. We want telephone users to be comfortable with the changes, so we’ll be working closely with phone companies and consumer groups to get the message across as clearly as possible.”

There are two strands to the changes. Ofcom research has shown previously that consumers are confused about how much service numbers cost, and so the clearer call rates for numbers starting 084, 087, 09 or 118 are designed to improve confidence in using them.

Virtually every consumer in the country uses these so-called service numbers in some way, either to find out information or contacting businesses, government departments, or directory enquiry services. But callers to these numbers are not generally told how much they are being charged.

Under the new rules, which were designed by Ofcom, consumers using these numbers will see the cost split into an access charge going to their phone company, plus a service charge set by the company or organisation they are calling.

Phone companies will be responsible for setting their access charge, making it clear to consumers on their bills and informing new customers of the charge when they sign up to a contract.

Separately, the service provider- aka the party being contacted – will specify its service charge wherever it advertises its phone number.

This will make the overall cost easier to calculate, as well as enabling consumers to be able to compare the prices of different service providers more easily, and also choose a provider with a competitive access charge when signing up to a new landline or mobile deal.

At the same time, Freephone numbers which begin 0800 or 0808 will become free for consumers to call from mobile phones, just as they generally are from landlines.

The exact date that the changes come in has not yet been announced by Ofcom, but we will keep you posted!