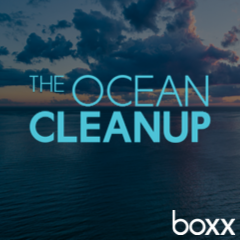 A big topic in the public eye recently has been the ocean plastic crisis. Tonnes upon tonnes of plastic has been discarded into our oceans instead of being reused and recycled, which has resulted in numerous environmental problems.

It is estimated that 8 million tonnes of plastic are thrown into our oceans annually; that number is only set to increase as our plastic output is predicted to increase 10-fold by 2020. 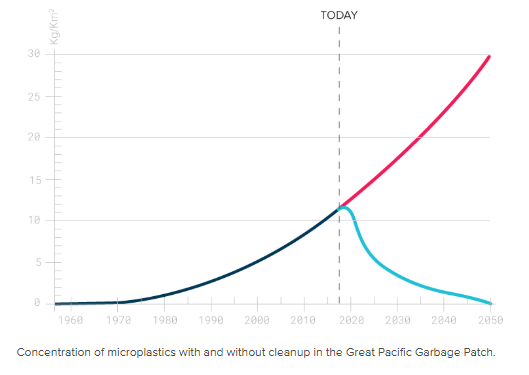 Micro-plastics are bits of plastic that are smaller than a fingernail. This is the plastic ingested by animals and it kills an estimated 1 million sea birds and 100,000 sea mammals every year.

Coral can get diseases through plastic pollution; once a piece of plastic touches an area of coral, the likelihood of that coral becoming diseased increases from 4% to 89%!

There are 5 large gyres of plastic in our oceans, with one specific gyre called ‘The Great Pacific Garbage Patch’. This floats between California and Hawaii and is claimed to be 1.6 million square kilometres in size. Texas is around 700,000 square kilometres, so this gyre is over double the size of Texas!

How is this issue being tackled?

The non-profit organisation called The Ocean Cleanup is teaming up with the satellite communications company Iridium to speed up the ocean cleanup process. 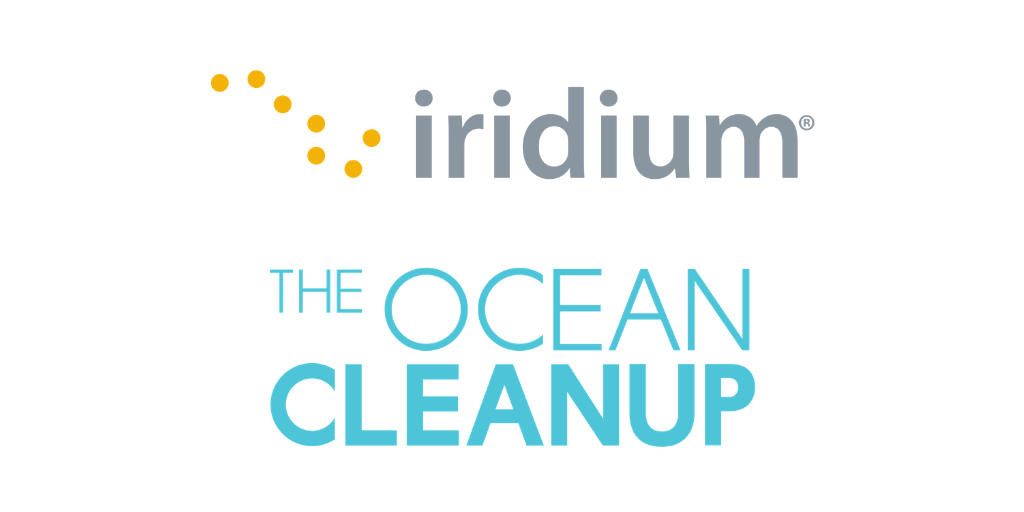 The Ocean Cleanup will be sending out a fleet of sixty collectors into The Great Pacific Garbage Patch. These collectors are 600 metres long and have a screen underneath so that plastic can’t flow underneath whilst also avoiding wildlife.

Each one of these collectors will be equipped with two broadband satellites at each end. These satellites will be transmitting live data back to The Ocean Cleanup’s base in Rotterdam.

The data they will be receiving ranges from overflow detection, location data, pictures, 360° live video and system performance updates.

The data is transported from the broadband satellites on each of the collectors up to interconnected low-orbit satellites, specifically 66 of them across 6 polar orbiting planes! Therefore, there is no need for any ground infrastructure!

Iridium’s latest constellation of satellites is still being launched. They have already had 7 NEXT launches with help from SpaceX to get 65 satellites into orbit. They only have one launch left to get another 10 satellites up. 66 of those satellites will be used with the other 9 being used as backups. There is also another 6 spare satellites on the ground.

There are other pieces of technology on the collectors that will play a big part in the cleanup process.

Each one of these collectors is autonomous! Once they are placed in an optimal location for collection, they are left to roam around the gyre. The satellites will translate the path and current location of the collector back to Rotterdam so that they can track the progress of each one.

The Ocean Cleanup also wanted to make sure that their solution was as environmentally friendly as possible. So, their collectors are energy neutral.

What this means is that it only uses the waves and wind direction to move around. Also, all of electronics on the collectors, such as the lights, are solar powered.

All of these technologies teamed together should make for the most successful effort in the ocean cleanup yet!