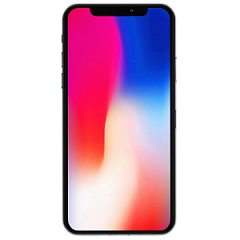 It’s such a part of our lives now that it’s funny to think that the iPhone was only launched ten years ago.

Then, it was a revolution – the ability to carry the internet as well as a good camera around in your pocket was new, and the iPhone launch propelled the mobile revolution, as well as the fortunes of its maker, Apple, forward at speed.

The next game-changer was it’s App Store, which meant your phone could be anything from a bank to a scanner, depending on your needs and what developers could create.

In these and so many other ways, the iPhone led the way and others followed, with the smartphone in all guises becoming an indispensable part of 21st Century life.

So, what’s changed after a decade?

The new iPhone X (pronounced iPhone Ten) doesn’t just look sleeker, the new phones have some big changes under the hood as well with an updated iOS that benefits all iPhones new & old.

1) The iPhone X does away with the familiar home button, making the entire front the screen. Instead, you swipe to wake the device up.

3) The ‘Do Not Disturb’ feature is an important one for safety. You have to activate it, but using this new mode when your phone is in the car will hide notifications for texts, calls, and other apps while you’re driving. The feature can even notify people that you’re driving and will contact them when you arrive.

4) There are also improvements to Siri, thanks to machine learning and artificial intelligence. ‘She’ can now translate short phrases, and sounds much more natural than previous versions. The new feature is available in Chinese, French, German, Italian or Spanish and you need to ask ‘How do you say….’ and end your phrase with “in Spanish” or your choice of language for it to work.

5) There’s also a new ‘type to Siri’ feature, for those who don’t like talking but want answers, while Apple has also switched to Google, from Bing, as the default web browser.

6) Maps are better too, and Apple has added hundreds of indoor plans of airports and shopping centres around the world.

7) Photos have also had a bit of an overhaul, and live photos now feature Loop, Bounce and Long Exposure options. Loop is similar to Vine, while Bounce puts us in mind of Instagram’s popular Boomerang effect.

8) The files app, too, is very handy and allows you to organise files on your iPhone or iPad better.

9) Third-party platforms such as Google Drive are now available.

10) You can now tweak Control Center, and add your own frequently-used toggles, such as Apple Wallet or low-power mode, to the existing ones, as well as re-arrange them.

That’s a lot of changes in a decade – so we can’t help but wonder what the next ten years will bring!