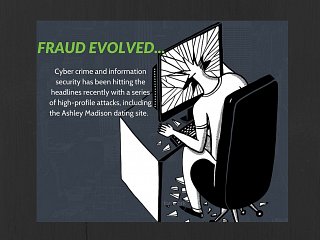 Fraud is a constantly evolving crime, with criminals always coming up with new ways to try and gain access to data or money they have no right to.

Cyber crime and information security have been hitting the headlines recently with a series of high-profile attacks, including the Ashley Madison dating site.

What is clear is that non-financial industries are increasingly becoming the targets of such attacks – with the proportion of attacks targeting the financial sector falling from 12% to 7%, elsewhere saw a rise from 5% to 13%. And with major breaches carrying the risk of major reputational damage and financial costs in addition to the hack itself, it’s something we all want to avoid if possible.

Unfortunately, telecommunications and internet are industries where criminals are always trying to find new ways to commit fraud, so we’ve put together some examples of the most common ones that you should be aware of to reduce the chances of it happening to you:

Premium Rate Service Fraud – When fraudsters significantly increase the number of calls to a premium number so they can increase the revenue they receive from it. Often, calls are made with the intent of creating a missed call and generating a callback, which is to a high rate number where the fraudster reaps the revenue.

Fraudulent Applications – this is when fraudsters use valid company names and bank details to take out a phone service and leave a bad debt.

Line Fault Fraud – Fraudsters posing as customers attempt to log bogus faults on a line and request a divert to an alternative number, where further fraud such as increased call costs can take place.

Impersonation Fraud – Fraudsters pose as a service provider and persuade customers that their account is at risk. They then either trick the customer into giving away sensitive data (which they then use to commit further fraudulent activity), or attempt to convince the customer to make a bogus payment or make a call to a bogus ‘premium rate number’, where they pocket the revenue.

Internet Dialler Scams – When the computer settings are changed so their internet connection is re-routed via an expensive telephone line. This happens when the user clicks on a spam mail or pop-up box, or visits a pay-per-view website that triggers a software download that makes this change.

WiFi Hacking – Whilst a great resource to use out and about, public networks are more susceptible to being hacked, so take care where you log on.

So, now you know about some of the more common scams, what can you do to protect yourself and your business?

If you’ve been victim to anything we haven’t included here, we’d love to hear from you as being aware of such crimes is half the battle of fighting against them!