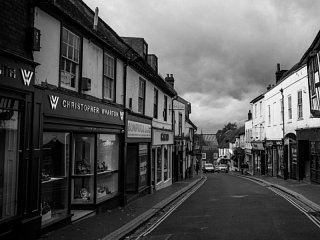 A campaign to promote awareness and use of small businesses has launched for 2014 after the success of the inaugural event last year.

Small Business Saturday UK exists to highlight the success of small companies and encourage consumers to ‘shop local’ and support the independent shops and traders in their area.

Non-political and non-commercial, the grassroots movement publicises the first Saturday in December each year as Small Business Saturday this year is the 6th but it aims to have a lasting impact throughout the year as it builds awareness and shares successes.

The first event, in 2013, was a runaway success, with polling in the 24 hours afterwards by American Express, which is behind the movement starting in the US and also backs the UK version, showing that over £460 million was spent in small businesses on the day, with 48 per cent of UK consumers being aware of what was happening and 57 per cent shopping at a local, independently owned business.

Forty per cent of all local authorities supported the campaign, and on Small Business Saturday itself there were over 1.5 million
Facebook views of campaign material, and the hashtag #SmallBizSatUK was in the top three UK trends on Twitter all day.

Matthew Hancock, Minister for Skills and Enterprise, said: “Last year’s Small Business Saturday showed the warmth of feeling people have toward the small companies and shops in their community. It’s my hope that this year will be even more successful as people take the opportunity to support these vital elements of our economy.”

As part of the campaign’s ultimate goal of raising awareness of small businesses and what they bring to the community, it will once again be featuring one small business a day across its social medial channels for the 100 days leading up to December 6th.

The nominees last year attended a Downing Street event hosted by George Osborne, the Chancellor, as well as being featured by the campaign and in local press.

In their role as championing small businesses, Small Business Saturday stresses that it supports all whether they are a family business, local shop, online business, wholesaler or small manufacturer.

Isabel Oswell, head of business and research audiences at the British Library where this year’s launch was held, told atchpro.com: “We’re delighted to be supporting Small Business Saturday in the UK. SMEs are the lifeblood of the economy and it’s important to encourage people to support their local independent businesses.”

At the Centre we’re passionate about helping people to launch and grow their business, with free access to essential information, as well as practical workshops and advice. We’ll be encouraging all of our users to make the most of this year’s Small Business Saturday.