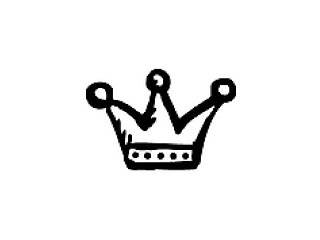 A Small Business Bill was included in the Queen’s Speech for the first time this year, and contains a raft of measures aimed at helping smaller enterprises compete on a level playing field with bigger firms.

It is hoped the bill, when introduced into law, will help build a stronger economy by supporting small businesses to grow and ensure they are not disadvantaged by those who do not asher to the rules.

Many of the proposals are aimed at cutting red tape and making it easier for smaller operations to access finance.

A key part of the new bill aims to increase the availability and sources of finance for small companies, as well as giving smaller firms better access to the £230 billion of Public Procurement Contracts awarded each year.

It also aims to improve and make payment practices between businesses and their customers more transparent, meaning larger companies will be under greater pressure to pay smaller ones more promptly for work they do for them.

There is also a pledge to regularly review legislation affecting small businesses to ensure it remains relevant and effective, and to cut any that does not meet this standard.

The bill will also close the custom of public sector staff being able to keep big redundancy pay-offs when they are re-employed by the same sector within a short space of time.

Childcare regulations are also to be made more flexible to meet the needs of working families, and pub landlords who are tied to a pub-owning company given a fairer deal, while it will also be easier for small businesses who want to expand overseas.

Giving his reaction to Business Matter magazine, John Longworth, Director General of the British Chambers of Commerce (BCC) said: “Businesses across Britain will be relieved to see that the government has opted for a streamlined legislative programme, meaning ministers can devote more time to delivering the best possible environment for economic growth and enterprise. Businesses hold governments accountable not for how many bills they pass, but for what they actually deliver.”

If the legislation announced in the Queen’s Speech means better infrastructure, a better environment for growing companies, and improved access to finance, then businesses will give ministers the credit they deserve. Action, not words and bills, is what matters for business. The bill is expected to be passed into law before the General Election next year, although this is not guaranteed.