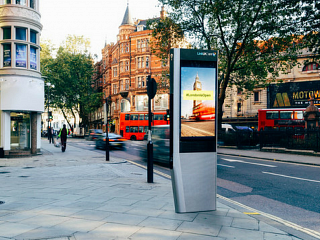 Londoners will soon be able to benefit from fast, free public WiFi and a host of other free services while out and about…..

All thanks to an innovative new partnership from BT called LinkUK.

Hundreds of ultramodern kiosks (Links) which will offer free phone calls and a range of other no-cost digital services, will be rolled out to major high streets across the capital as part of a partnership between BT, the tech company behind a similar project in New York and UK outdoor advertising company Primesight.

Users within range of a Link will be able to access free ultra fast WiFi with speeds of up to 1Gbps – the fastest free public WiFi service available. 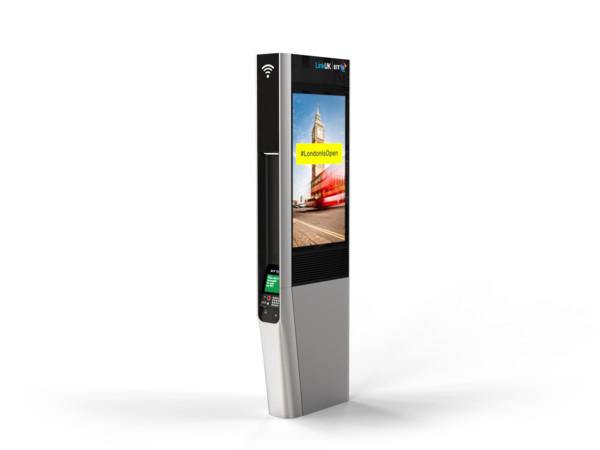 Other services will include free UK landline and mobile phone calls, two USB charging ports and access to maps, directions and local services through a touchscreen tablet.

The cost of providing these services is covered by advertising revenue from the two digital displays on each Link, and BT intends to allocate five per cent of airtime to local good causes.

At least 750 Links will be installed across London and in other major cities over the next few years, with many replacing BT phone boxes. BT will work with local councils and communities to determine the best locations.

I welcome this exciting new addition to London’s streets. Expanding London’s digital infrastructure is a priority for the Mayor, and LinkUK can play a big part in improving connectivity for Londoners and visitors to our city, while reducing street clutter by upgrading and reducing the number of phone boxes. London is already widely regarded as one of the technological capitals of the world but the Mayor is determined to improve connectivity across the city to ensure we maintain that position.

The new Links also contain sensors, which can capture real-time data from the local environment such as air and noise pollution, outdoor temperature and traffic conditions. This could potentially be used to introduce new smart services as part of the Internet of Things.

We’re evolving the phone box to make it relevant in the 21st century by offering people ultra fast Wi-Fi and a range of digital and information services entirely for free. London is one of the greatest cities in the world and it’s entirely fitting that it becomes the first UK city to benefit from the Links. But we will be rolling out many more Links to the other great cities across the UK over the coming months as we look to transform the look and functionality of our public payphones.

London is second only to New York in welcoming Links to its streets, which were first installed in January last year as part of LinkNYC and we can’t wait to see them! 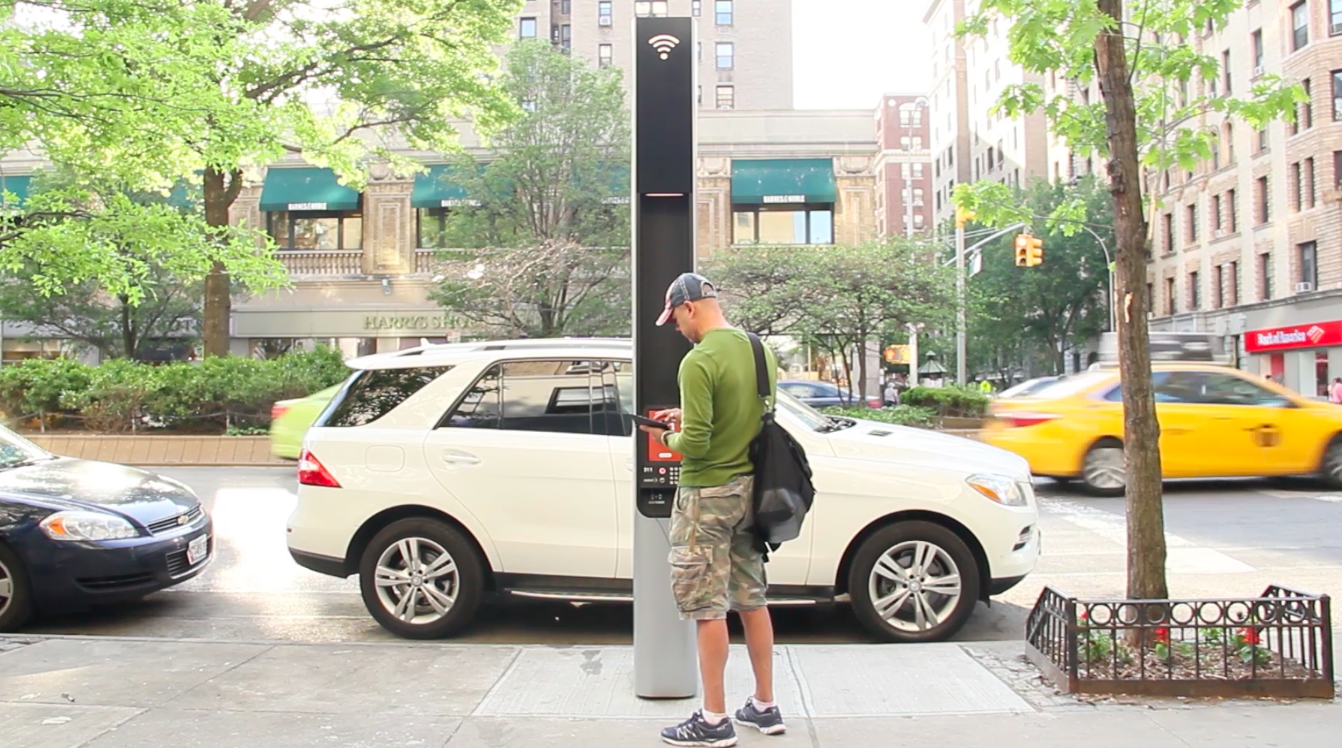