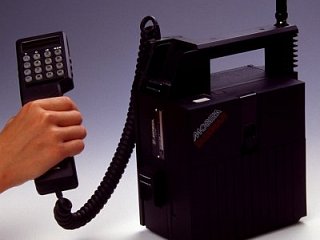 With the need for better and more diverse mobile offerings becoming more important, it’s becoming increasingly poignant for providers like ourselves to meet consumer’s increasing needs.

In an attempt to do exactly this, we’ve recently made an exciting change to our mobile supplier. This has allowed us to significantly expand our offerings and provide a better platform to tailor packages that meet individual needs.

In addition to our SIM only deals we have the very best devices on the market available. These include; the Samsung Galaxy A3, Samsung Galaxy S7 Edge and of course, the iPhone 7.

And for those of you that aren’t so into the super technological smart phones. We’re also looking to add the Nokia 3310 to our repertoire, a very popular old favourite that we discussed in our previous ‘Dumb Phones’ blog.

The excitement of these new mobile packages sparked an office conversation about some of our favourite handsets from the past and more specifically, our very first phones. Given the range of ages in the office some of the suggestions definitely didn’t disappoint in entertainment value and we decided it was only fair that we shared the fun with

Here are some of our favourites;

With over 126 million units being shipped since its initial release and many more forecasted since its second coming, there’s no doubt that this was a very popular first handset. Compact, indestructible and packed with entertainment aka Snake!

One of the favoured features of the A1018s was the interchangeable plate which came in a range of colours, for Chev it was all about Purple. It was great for parents too: with a removable aerial that could be removed as the ultimate punishment.

Leah would be the first to admit that the garish pink was the selling point for her, closely followed by the sleek design and sliding mechanism the Nokia offered.

It’s fair to say that a touch screen Smartphone with Android and 3G capabilities isn’t your average first handset, definitely making it the highlight of the bunch.

Dating right back to 1998, one of the great features was the amount of text it could display, a whole 2 lines! One of the down sides though was the length of the aerial.

Aside from the awesome sliding design the Bluetooth feature was a favourite, making the capabilities of swapping media between friends endless.

These memories, aside from entertainment value, also highlighted how far we have come in terms of technological advancements in recent years.
We’re now offering a bigger variety in handsets, features and packages than ever before. Whether you’re looking for a SIM only deal for your existing handset or a mobile package to include all that you could possibly need, we’re confident that we can help!