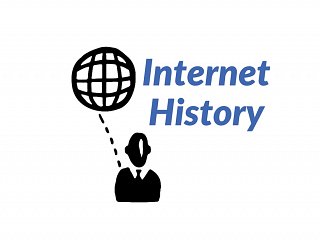 The internet has been around a lot longer than most of us realise, with the first email sent in 1971, but it has only been in mass use since the 1990s.

It’s true to say that the internet then bore little resemblance to the all-singing, powerful and superfast connections that most of us enjoy today.

Back then you had to dial-in to your internet connection and not only was it painfully slow, but you couldn’t use the house phone at the same time – it was strictly either/or – a big deal when mobiles had yet to take off either.

Connection, as well as being noisy, was also slow – not surprising when the speed was just 56K! Frustration aside, it made downloading music or – if you were ambitious – films, a very time-consuming task, ranging from half an hour to, well, literally days!

It’s not surprising that the most popular video games at this time were things like PacMan and Worm – single player games using the arrow keys on a keyboard, as hooking up over the internet for the multi-player or interactive games that are in mass use today was just impossible.

These days, of course, we can play seamlessly against people we don’t know around the world, over superfast speeds and in games that are so realistic you have to look twice to know whether they are real life or animated. And which have download needs running in parallel with their sophistication – the download of X-Box game Halo: The Master Chief Collection, for example, requires over 60GB!

And our technical needs have evolved with increasing speeds too. Most households and businesses have multiple devices so that we can connect any place, at any time, seamlessly as we move through the day. Try telling a 1990s internet user that one day you would have fast broadband in a device you kept in your pocket – unthinkable!

Nowadays, broadband – where the line is split so both the internet and telephone work at the same time – is very much the norm across the UK, with a range of providers competing to provide ever-greater speeds.

Broadband has become so vital to how we live our everyday lives, that the government has revealed its intention to put broadband access on a similar footing to other basic services such as water and electricity.

By the end of this parliament, a broadband Universal Service Obligation (USO) should be in place with the ambition of giving people the legal right to request a connection to broadband with speeds of 10 Mbps, no matter where they live.

You can trust Boxx to keep you up to speed with the best connection options on the market – our advanced broadband packages include three levels of business fibre broadband to suit the demands of every company, as well as direct internet access, ideal for big teams, multiple users and cloud-based applications.