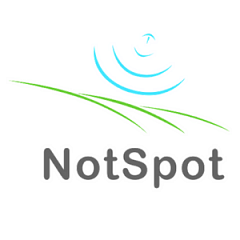 With strong broadband connections and Wi-Fi connectivity now seen as critical to business success, it is heartening to see concerted efforts being made to level the digital playing field in the capital and beyond.

In London, Mayor Sadiq Khan has unveiled plans to boost the capital’s digital connectivity through a new Not-Spot Team which has been set up to identify areas suffering from particularly poor connectivity, and then work with local authorities and providers to come up with and implement solutions.

Councils will also be invited to a summit at City Hall to explain how best to apply for money from the government’s Digital Infrastructure Fund, which will also give them an opportunity to discuss and share new ideas and best practices on achieving good borough-wide connectivity.

Transport for London is also getting on board, looking at ways it can bring mobile connectivity to London Underground lines, so that passengers on the Tube have continuous mobile phone coverage and internet access as they travel underneath the city.

Mr Khan said: “London is now a leading global tech hub, with thriving start-ups alongside major companies like Facebook, Amazon and Google. But our digital connectivity needs to be improved – internet connectivity is now a key public utility, and it is no surprise that some businesses see poor connectivity as a barrier to growth.”

Insisting that everyone living and working in London needs to be able to access a fast and reliable internet connection if the city is to remain competitive in the global economy, he added: “That means working to boost connectivity across London, tackling not-spots, delivering connectivity in the London Underground and working with local authorities to provide digital infrastructure fitting of a global tech hub.”

David Leam, Infrastructure Director at London First, added that the city should make the most of existing infrastructure, such as the London Underground network, while insisting that planners in the city must get behind this effort, or risk strangling the city’s digital ambitions in red tape.
The moves in London come as a new survey found that more than half of rail passengers would rather go online via mobile broadband instead of a public Wi-Fi network.

The research by Cobham Wireless found that 51 per cent favour connecting to the internet via their mobile provider, with just 36 per cent preferring to use a public Wi-Fi network.
The biggest issue was security concerns, cited by 63 per cent of passengers as a worry, although 41 per cent were also unhappy at having to share personal information in order to connect to train Wi-Fi. How-ever they accessed the internet, the survey found that commuters are often frustrated by both mobile broadband and Wi-Fi services while travelling.

Just one in three passengers said mobile signal was good enough to connect them to the internet, while almost a quarter described their mobile phone coverage as poor.
Similarly, only 13 per cent rated the quality of train Wi-Fi services, while 22 per cent said Wi-Fi is not available at all on their train route.

As a result, 52 per cent of passengers felt they were unable to perform some work-related tasks while commuting, such as checking emails and accessing files remotely.

Ingo Flömer, Director of Product Management at Cobham Wireless, said: “In these hyper-connected times, the majority of commuters expect to be able to connect to the internet on trains via their mobile service provider. Unfortunately, because of a lack of mobile phone coverage, passengers find it difficult to work during their business commute, [and are often] unable to browse the internet, send emails, or even make phone calls.”

He added that more investment in mobile phone coverage would “go a long way to improving passengers’ train journey experience and ensure they stay connected to work during their busy commute”.
If you’re excited by these plans to improve connectivity for commuters and want to hear more of our updates, sign up to our Mailing List below.