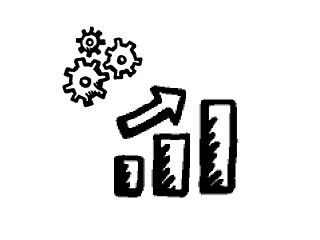 Whoever you are, you are probably looking for ways to be more productive at work. It’s time to throw out your extra long to-do list and put an end to those ridiculously long emails you’ve been sending.

Contrary to popular belief, simply checking tasks off a to-do list isn’t really as productive as people think it is.  Truly effective people aren’t focused on doing more things, if you really want to be productive; you’ve got to make a point to do fewer things.

Here are some tips to become more productive at work:

1) Create A Smaller To-Do List – Getting things done during your workday isn’t about doing as much as possible as quickly as possible.  There’s nothing productive about piling together a slew of tasks in the form of a checklist.  Take a less-is-more approach to your to-do list by only focusing on accomplishing things that matter.

2) Take A Break – Ever had that feeling of your brain simply not working when you’ve been flat out for several hours?  This is due to your brain using up glucose. Not enough people take this as a signal to take a break.  Go take a walk or grab something to eat and give your brain some resting time.  You’ll come back recharged and refreshed.

3) Start Your Day Right – Eat a good breakfast, read the news and take a little time to relax before starting work.

4) Take On Harder Tasks Earlier In The Day – Knock out your most challenging work when your brain is still fresh.  Save your simpler/easier tasks for when your afternoon slump rolls in.

5 )Don’t Confuse Productivity With Laziness – While no one likes admitting it, sheer laziness is the No. 1 contributor to lost productivity. In fact, a number of time-saving methods such as meetings and emails for example can be just ways to get out of doing real work.  Place your focus on doing the things that matter!

Remember, less is more when it comes to being productive during the workday.