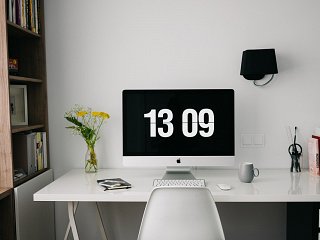 Prohibitively slow broadband speeds and poor mobile coverage are hampering the work from home revolution, with up to four million people affected across the UK.

New research, from price comparison and switching service uSwitch, found that 25% of employees have experienced such severe issues with their telecoms services in the past 12 months that they’ve been prevented from working from home.

When the survey results were extrapolated to the estimated number of people working from home, across the UK population, it meant almost 4m people were unable to work from home because of inadequate service.
Increasingly flexible work environments offered by businesses have seen 43% of UK employees work from home at least once in the past year, rising to 55% among 18-34 year olds.

Yet almost 6 out of 10 have fallen foul of sluggish internet speeds and patchy call quality in the same time period. The problems have been so severe for just under half (46%) of those with issues that they believe they are no longer able to work from home.

The need for dependable broadband and mobile services has seen workers spend a combined £190m over the last year on alternative measures to ensure consistent access to internet and phone services, including accessing Wi-Fi internet at local cafes and buying a signal booster to amplify their broadband signal. Some have even switched to a new provider in an attempt to get an improved service.

The most common complaint amongst home working internet customers was having broadband speeds simply too slow for them to work effectively (32%), while one in five (18%) have suffered from an intermittent connection. A third of mobile users (32%) complained that their reception was patchy, while one in ten (11%) couldn’t get any reception at all in their home.

Home workers are most likely to use their broadband connection to email colleagues or clients (76%), research and browse the internet (69%), share files via the cloud (39%) and stay in touch via Skype (34%), according to the survey.

For those that have experienced issues, even these most basic tasks have been affected by a sub-standard internet service. Nearly a third (30%) were unable to send a large file to their clients or colleagues and almost one in ten (9%) have been on a conference call that cut out.

Flexible working is more popular than ever. It’s a fact that employees who can influence their work environment have better overall job satisfaction and improved wellbeing. But before committing to remote working, employees should make sure their home office is ready for use.

Our tips for getting your home ready:

1) Check whether your connection the most reliable available – For example is fibre available in your area? This will give you faster speeds and reduce the risk of services cutting out.

2) Fine-tune your work environment by making sure your router is away from devices that could interfere with the signal – like your TV.

3) Be aware that working during peak traffic times, such as the evening, could have a notable impact on your internet speeds.

4) If plagued by patchy mobile signal at home, look into whether an alternative mobile provider could offer better reception in your area. The Ofcom coverage maps will help you!