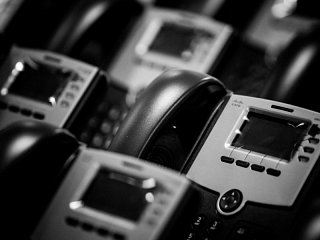 People in five parts of the UK will soon need to include the area code for the first time when they dial a local number from a landline.

Codes can currently be omitted from local landline calls, but this has meant Ofcom is unable to release new local numbers beginning with a zero or one.

The new move, which will take effect from October 1 this year, is designed to free up telephone numbers in areas where supplies are running low.

– Aberdeen (01224): Includes Aberdeen & the area to the west, including towns such as Westhill.

Ofcom said the spiralling numbers of telecoms companies over the past ten years, while good for competition and cheaper bills, had also led to increased pressure on the supply of numbers in these five areas. This new move means it can allocate numbers starting with zero or one, without exchanges treating them as mobile or directory inquiries services and failing to connect them, or connecting them to the wrong number.

The move follows a similar successful change in Bournemouth in November 2012, where the process ran smoothly. Going into the change, Ofcom research showed that 81 per cent of local residents were aware of it, and 94 per cent said they were not concerned by it.

Now, as then, Ofcom will use telecoms companies, local media, local councils and business groups to ensure the local community is aware of the changes.

Will the code change doesn’t officially take place until October, local residents can start using it now to get into the habit before the switchover. From October, if a local number in one of these areas is dialled without an area code, the user will hear a free message asking them to redial.

An Ofcom spokesman said: “We can create more numbers without changing anybody’s existing phone number. This is important for us, as we know that number changes are costly and inconvenient for consumers and businesses.”