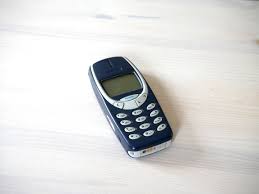 Has technology got so smart and all-consuming that the only natural step is to ditch it and revert back to simpler, less-connected times?

Digital detoxes and tech free time are becoming increasingly popular as more people awake to the fact that always being online and constantly connected is more of a stress than a boon.

It’s a subject that is back under the microscope following news that the hottest new gadget on the block this summer won’t be the latest smartphone, but it’s older, dumber cousin – the Nokia 3310.

A relic from the days when mobiles were all about texting and long battery life, the 3310 has no WiFi, GPS connectivity (gasp!) or ability to add apps – yet it’s still one of the most anticipated releases this year.

The digital detox trend is one that handset manufacturers have started to pick up on, with an increasing number of phones on the market that make a virtue of how few features they have. These ‘dumb’ phones are often targeting the older generations, but are finding new fans among the young, too, as they cotton on to the fact that always being available online makes it hard to truly relax.

The 3310 and other, similar, handsets offer a return to a less complex time – when anyone with your contact details could get hold of you, but you didn’t feel compelled to answer even if it was an email from your boss at the weekend as there was no expectation that you’d have seen it.

The pressure of posting, commenting or liking posts on social media is eradicated through the absence of WiFi and GPS connectivity, leaving more time to live in the moment and enjoy the company of those around you instead of being glued to a screen. The new 3310, unlike the original, does feature a camera so you won’t have to worry about missing out on memorable snaps which can be uploaded at a more convenient time.

Being ‘offline’ for hours at a time will certainly be very stressful for some, maybe even unbearable, so while full-on digital detoxing is not for everyone, there are some steps that we can all take to minimise technologies impact on our overall health and well-being.

-If detoxing isn’t for you, perhaps consider moderating your use, especially before bedtime, to give your brain a chance to recharge like your phone but in a separate room to minimise the temptation to surf the web into the small hours.

-Having a gadget free day when work permits can also be very freeing – even just reducing the number of push notifications so you don’t feel compelled to answer everything the second it comes in makes a big difference too.

-Many platforms now come with do not disturb hours as well – so even if you can’t give up on tech completely, you can make sure that you’re the one in control.