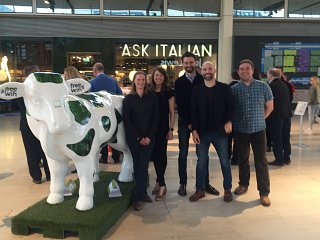 This year our hometown, Milton Keynes, is celebrating it’s 50th year with numerous events taking place throughout 2017 to mark the occasion.

Milton Keynes is home to over 10,000 businesses and we are proud to have been ‘born & bred’ here in MK, which has been named one of Britain’s fastest growing cities.

Our directors James Green & Dean Burgin were keen to get in on the anniversary celebrations and the whole team were excited to be involved in one particular project…..

You may think that Milton Keynes is most famous for the American-style grid system of roads, interlocked with 124 roundabouts but it’s also rather well known for the beloved ‘concrete’ cows, which have become symbolic for the city and have attracted many visitors over the years. 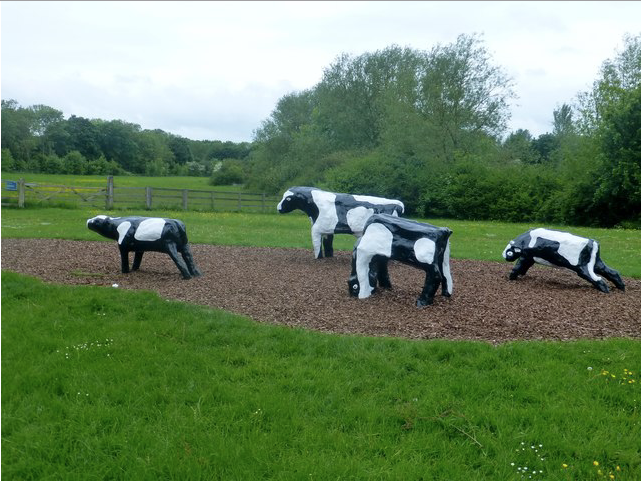 To commemorate the 50-year birthday, not-for-profit Herd About MK wanted to bring the cows back, with an anniversary project to be remembered.

50 life-size fibreglass cows (in a nod to their concrete ancestors) make up the #MK50 herd which aims to bring together the businesses, schools, community groups and people of Milton Keynes, whilst raising funds for 3 amazing MK-based charities – Willen Hospice, MK Dons Set & MK Community Foundation. 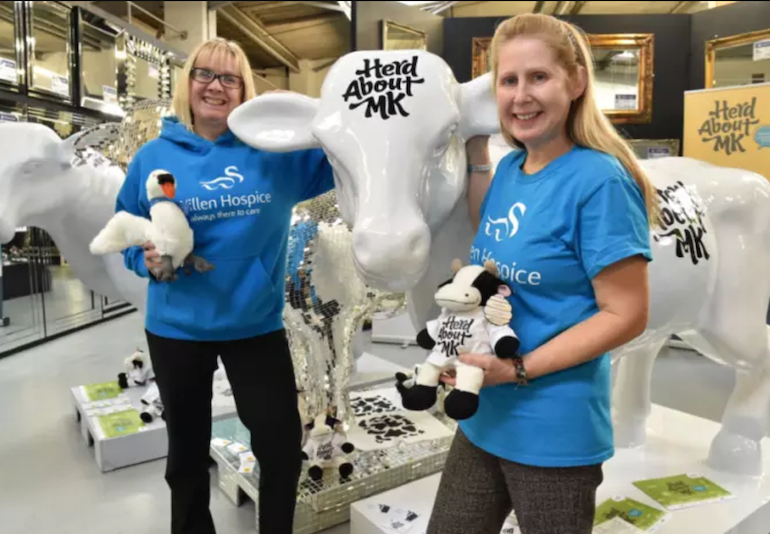 Each of the 50 cows were available for sponsorship and we were thrilled to join the herd with our very own Boxx cow.

After weeks of brainstorming and working with creative agency, Cygnus, we came up with a binary code inspired design for our cow, affectionately named ‘Moopheus’ which Matrix fans will appreciate. 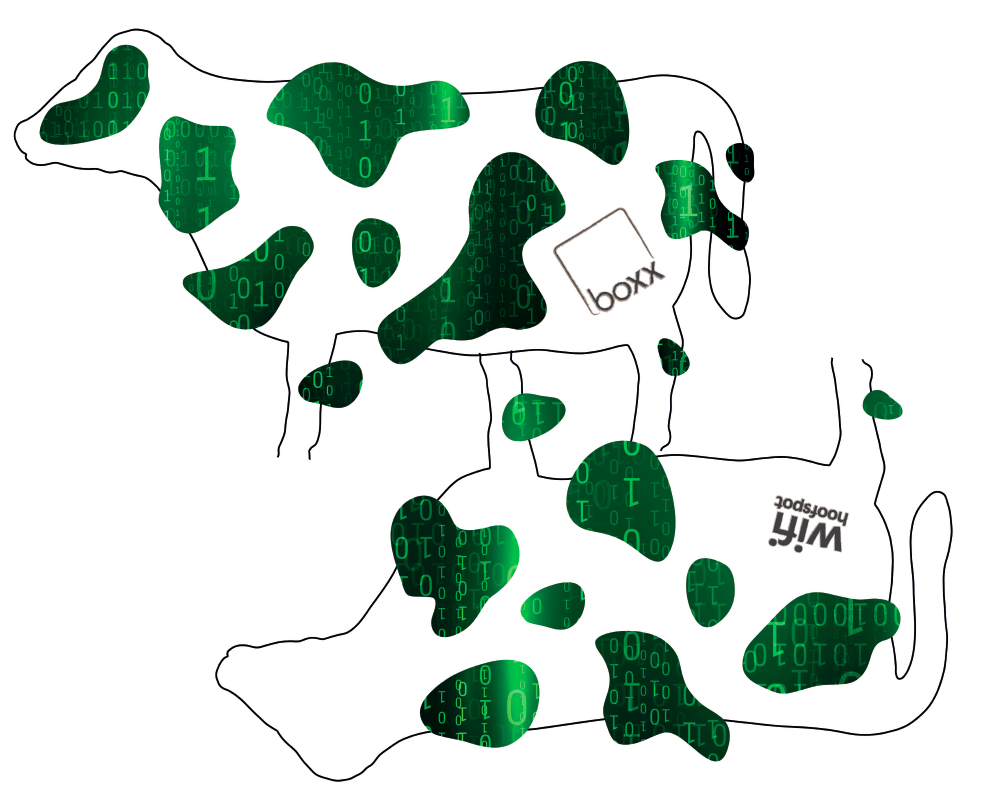 Format Graphics did an amazing job creating ‘Moopheus’ a bespoke skin and were even happy for us to add a few last minute touches whilst on-site at their MK1 based unit. 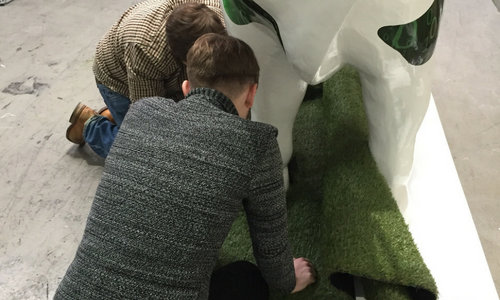 Wanting to go a step further and give our cow a purpose, we decided to install Moopheus with the power of the internet allowing her to provide the whole herd with FREE wi-fi, which of course demonstrated just one of the services we offer. 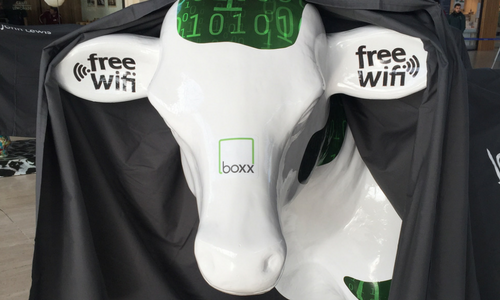 The ‘Herd About MK’ launch event took place in Middleton Hall, The Centre MK on Thursday 30th March and the herd continued to parade there until Sunday 2nd April.

We took some of the team along to the grand unveiling, introduced by local MP Mark Lancaster. 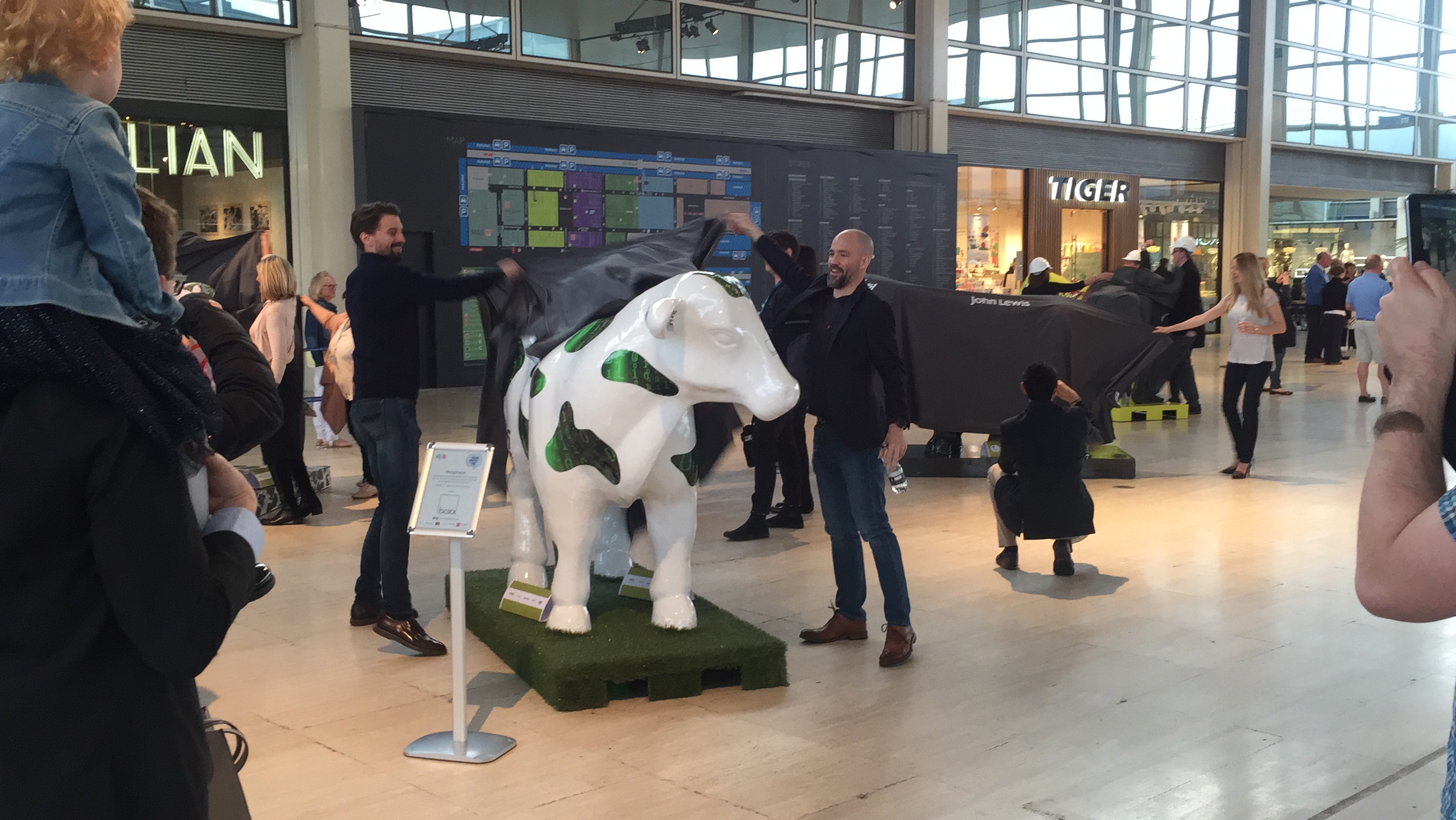 It was a fantastic event, which really did bring together not only businesses but also the people of Milton Keynes. And our wi-fi ‘hoofspot’ went down pretty well too!

We’re already looking forward to the next parade event, scheduled for later this year. It’ll be another chance to see some of our favourite cows – after Moopheus that is! 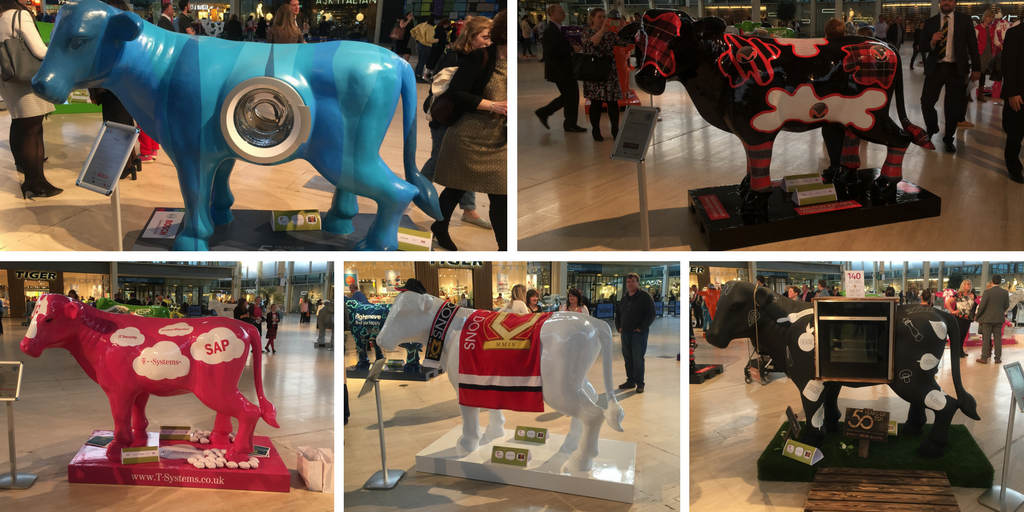