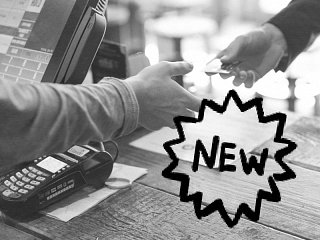 The recent recession seems to have fuelled a boom in start-up businesses, with more than 500,000 new ventures started by British entrepreneurs in 2013.

While these new figures are raw and as yet unaudited, it seems likely that many people were inspired to go it alone either because they had been made redundant from a previous job, or because they were depressed for their prospects as cuts continue to be made across all industries, and thought they had nothing to lose from following their dream.

Government statistics show that micro and small businesses make up 95 per cent of all companies, and between them employ more than seven million people across the UK.

Emma Jones, co-founder of StartUp Britain said: We’ve been looking at these figures for three years since the campaign began and it’ s clear the UK’s start-up community is fit and healthy and shows no sign of abating. When we embarked on this journey, our mission was to make sure everyone knew that starting a business was a valid career choice. We think that message has hit home.

The figures come direct from StartUp Britain’s Daily tracker, an online tool which reveals the number of businesses registered with Companies House on a daily, monthly and yearly basis.

The numbers are verified by Companies House and 2013’s figures will be audited in March 2014.

But it’s not all good news for small businesses, as separate research shows that 84 per cent are fearful of expanding if that means taking on more debt.

The Telegraph reported that the Baker Tilly Your Business Outlook 2014 polled 750 small and mid-sized enterprises. Of these, 84 per cent would not consider taking on more debt to expand and only 23 per cent would consider using alternative forms of funding.

Only 18 per cent fewer than one in five had plans to take on new staff within the next 12 months, while just one fifth planned to increase their capital expenditure. Almost one in four (23 per cent) were planning to boost their sales and marketing spend, while just 16 per cent planned to up their research and development spending.

While these numbers point to a mixed outcome for start-ups, it’s important to remember there is plenty of help and advice at hand, as well as financial incentives such as the Government’s Growth Voucher scheme, which aims to connect small companies with business experts, so don’t be put off exploring whether starting your own company would be the best move for you.