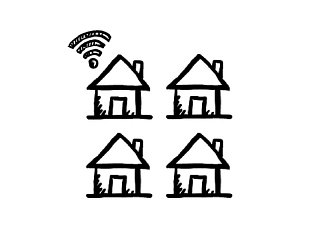 One in four UK residential fixed broadband connections is now superfast, according to the latest Ofcom research.

The study found that the average superfast connection speed is also continuing to rise, reaching 47.0Mbit/sec by the end of last year an increase of 47 per cent, or 15.1Mbit/sec, since May 2010.

These figures come from Ofcom’s tenth report, which measures consumers’ actual broadband speeds as opposed to the advertised headline speeds. As well as superfast broadband, the report also covers ADSL broadband, which accounts for 69 per cent of UK residential broadband connections.

Ed Richards, Ofcom chief executive, said: “The growth in superfast broadband and the rise in average speeds is testament to the investment in the sector.”

But the benefits are not shared evenly across the UK. There is more work needed to deliver wider availability of broadband and superfast broadband, particularly in rural communities but also in some locations within cities to enable wider access to fast internet. The report found marked disparities between the average speeds available in urban, suburban and rural areas, despite a general improvement across the country put down to increased investment in broadband technology.

They noted, however, that the rural sample sizes from which these averages were taken were not large enough to be statistically significant and could only be indicative. A key reason for the slower speeds in rural areas is the limited availability of superfast broadband services, although broadband speeds over ADSL, a technology that uses the copper wire telephone network, are generally also slower in rural areas because of the longer distances to the telephone exchange.

Improving speeds in rural areas is a priority for the Government which has committed funding to ensure superfast broadband is more widely available across the UK. It has reported it is on course to reach 90 per cent superfast coverage by early 2016 and recently announced an extra £250 million investment to extend superfast coverage to 95 per cent of premises by 2017.

The report also reveals that at 17.8Mbit/s, the average actual fixed-line residential broadband speed in the UK is almost five times faster than the 3.6Mbit/s it was five years ago when Ofcom first began publishing the data, in November 2008.